London is the largest city in southwestern Ontario. Situated at the picturesque Forks of the Thames, London has long been known as the Forest City.

Located half way between Toronto and Windsor, London has become a major commerical and industrial hub with industry ranging from metal foundries to locomotive manufacturing. Home to the University of Western Ontario, London has also become a major player in life sciences and health care. London has been home to some of the largest and most successful companies in Canada. 3M, London Life, Labatt Breweries, Carling Breweries and Club House Foods (now McKormick Canada) were all founded in London Ontario.

The London International Airport flies direct and connectors to points throughout North America. It is the 10’th busiest airport in Canada with flights by Air Canada, Jazz, Delta Connection, SkyWest Airlines and WestJet.

London is on the main line of both the Canadian National Railway and the Canaidan Pacific Railway. The Via station in London is the 4’th busiest in Canada. The Greyhound Canada terminal is conveniently located downtown and near the Via station.

London is home to many cultural festivals throughout the year ranging from small celebrations of our cultural diversity to large events such as the London International Children’s Festival and the Home County Folk Festival.

When the John Labatt Centre hosted the 2005 Memorial Cup, won by the London Knights, the facility brought great exposure and recognition to London. It has since hosted the Canadian Figure Skating Championships and the Scott Tournament of Hearts. The JLC is one of the busiest venues in Canada booking musical acts, sports exhibitions and theatre. It’s effect on the downtown area has been electric.

The annual Western Fair is one of the largest agricultural fairs in Ontario. First held in 1868 in downtown London, the fair was moved to it’s present location on King Street in 1887. Over the years the fair has added horse racing twice weekly and a weekly Farmers Market. The addition of a casino in 1999 greatly added to the Fair’s revenues allowing expansion to include new facilities and more events throughout the year. The former IMAX theatre on the fair grounds has been converted to a local performing arts centre with a good following.

The site of London was originally picked to be the capital of Upper Canada by Lieutenant Governor John Graves Simcoe. First settled around 1801, London became a village in 1826 and was incorporated as a City on January 1, 1855. London is the county seat of Middlesex County. 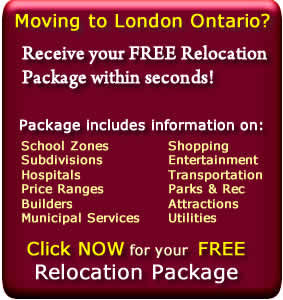